I can't remember who said it, but I always remember the saying "You have two collections of art in your life, the one you bought and the one you should have bought".

This is so true, and I hear it every day. The one that got away. The opportunity that passed you by. I have had them myself. Being in the business of buying and selling art I've been offered so many different pieces over the years but there's one that was my 'White Whale' and I'm constantly reminded of it as a dealer friend of mine takes great pleasure in updating me on how much it is now worth. I could have bought a Barbara Hepworth original Sculpture for £4,500 about 15 years ago and it last sold at £35,000. Yes, it was a poor choice, but the timing wasn't right for me when that opportunity presented itself. This, however, doesn't stop me from kicking myself that I didn't buy it.

Just a few weeks ago I had a visitor in the gallery who was offered L.S. Lowry's original oil painting of 'The Bearded Lady' for £90 back in the 1960s, sadly his wife wouldn't let him buy it because she thought it was ugly. It was subsequently bought by a Southport based collector called Monty Bloom who bought several pieces from Lowry and whose heirs would ultimately sell them at Christie's in 2000 for an estimated £1.3 million. Ouch!

There are two great books called, 'I bought Andy Warhol' and 'I sold Andy Warhol too soon' by Richard Polsky who is an Art dealer in the USA. These books pretty much sum up the life of a collector (and Art dealer). The first book charts Richards epic quest to own an Andy Warhol original. He has a price limit and a target, he patiently waits and pursues many leads in the chase, I'm not spoiling the book by telling you that he eventually succeeds, as the title of the book alone would give it away. However the pursuit of the painting is the where the story is, Richards false alarms and misfires makes for hilarious anecdotes and a true insight into the 1980s and 1990s art world in New York. The second book see's Richard struggling with an extravagant partner and him working desperately to keep up with the bills coming in from lavish spending. In the end he makes the gruelling decision to sell his prize Warhol; once more the story is in the journey and the second book is just as good as the first. Richard Polsky shines a spotlight on collecting for us all, it's a trial of courage and anguish, but at the same time, I believe it's one of the greatest things you can do with your life and money.  Just be aware that markets move and what you pass on buying today may be worth ten times more in years to come. Or if you're in the Richard Polsky and me category then you could sell something today and see it treble in value or more in years to come. If this does happen to you then please don't worry, I have the number of a great support group (only joking). 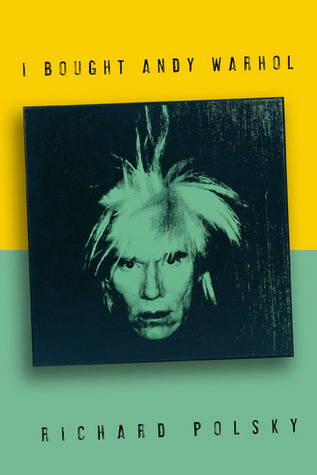 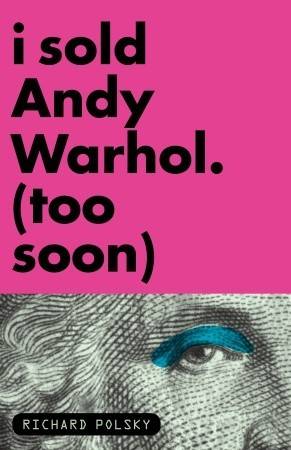 There are very few past times which can increase your knowledge of social history, expose you to culture, make your property look fabulous, and give you a social life that you can enjoy with your family and friends. If you have masochistic tendencies then you can always pick up a paintbrush and have a go yourself. It can be therapeutic if you have no expectations and do it purely for fun. Who knows, you may surprise yourself.

Now you are aware that you have two collections of art in your life, I bet you're running through all the near misses you've had in the past and cataloguing them in order of disappointment. The key to a happy collecting life is not to add too much in the near miss column and keep adding to your wall.

I recently found a fabulous video on Youtube about the lives of the Vogels, they're a couple who live in New York and own over 2000 pieces of contemporary art. Have a look at the video and tell me that Art collecting doesn't enrich lives. The couple have never been wealthy, have never collected for investment, and has made it their mutual passion and lives. After many years of collecting they have donated much of it to the local Museums and that is a fantastic legacy for them. They could have sold it for millions of dollars but they aren't interested in the financial gain. They simply love collecting and have been generous enough to share their collection with the world.

In an age where everyone tussles on the internet for attention, this charming couple have quietly got on with their lives and have built something truly epic. Lets hear it for the Vogels.