for 124 years the City of Venice has hosted the most remarkable international art show; the Biennale.

Started in 1895, it was set up for artists to bring no more than two new works of art to the show that had never previously been seen in Italy. On 30th April, the I Esposizione Internazionale d'Arte della Città di Venezia (1st International Art Exhibition of the City of Venice) was opened in the presence of the King and Queen, Umberto I and Margherita di Savoia. The public response was overwhelmingly positive with an estimated 220,000 people attending.

By 1910 the Biennale had begun to attract the biggest names in the art world. Renoir, Klimt, and Corbet all exhibited in the show and a little know Spanish painter by the name of Picasso had one of his pieces removed from the Spanish Pavilion as they curator thought it might be too shocking for people to see. Picasso didn't officially show at the Biennale again until 1948.In 1895 the local architect Enrico Trevisanato had designed the plans for the construction of the Palazzo dell'Esposizione (Exhibition venue) in the Giardini di Castello. 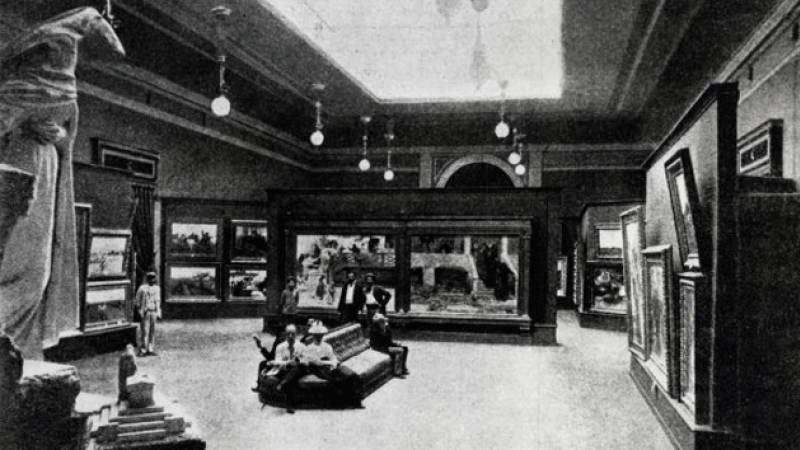 However, due to the increasing international status and importance of the Biennale, they had to rethink the way that the show would work. It was decided that they would add more pavilions for the different nations exhibiting. The number of national pavilions in the Giardini other than the Italian Pavilion rose to seven: those were Belgium (1907), Hungary (1909), Germany (1909), Great Britain (1909), France (1912), and Russia (1914). Many more would be added over the years, raising the number of international pavilions to 29. During the two World Wars, the Biennale was postponed until hostilities had ceased. During the Second Conflict, the Biennale closed in 1942 and resumed in 1948. They began the Post War era in great style as the Secretary-general, art historian Rodolfo Pallucchini, started with the Impressionists (proposed by Roberto Longhi) and many protagonists of contemporary art (Chagall, Klee, Braque, Delvaux, Ensor, Magritte). As if that wasn't enough, a retrospective of Picasso's work was presented by Guttuso.  Always looking forward to the future, Pallucchini showed exceptional foresight in inviting Peggy Guggenheim to exhibit her famous New York collection, which subsequently found a home at Ca' Venier dei Leoni and became one of the cultural treasures of modern Venice.

The Biennale went from strength to strength in the post-war era and its place on the annual art calendar was set in stone. Over the course of the 20th Century, every major artist that has been at the pinnacle of their nations art movement has represented themselves and their Country at the Venice Biennale. This year Cathy Wilkes will be representing Great Britain at the 58th International Art Exhibition - La Biennale di Venezia. 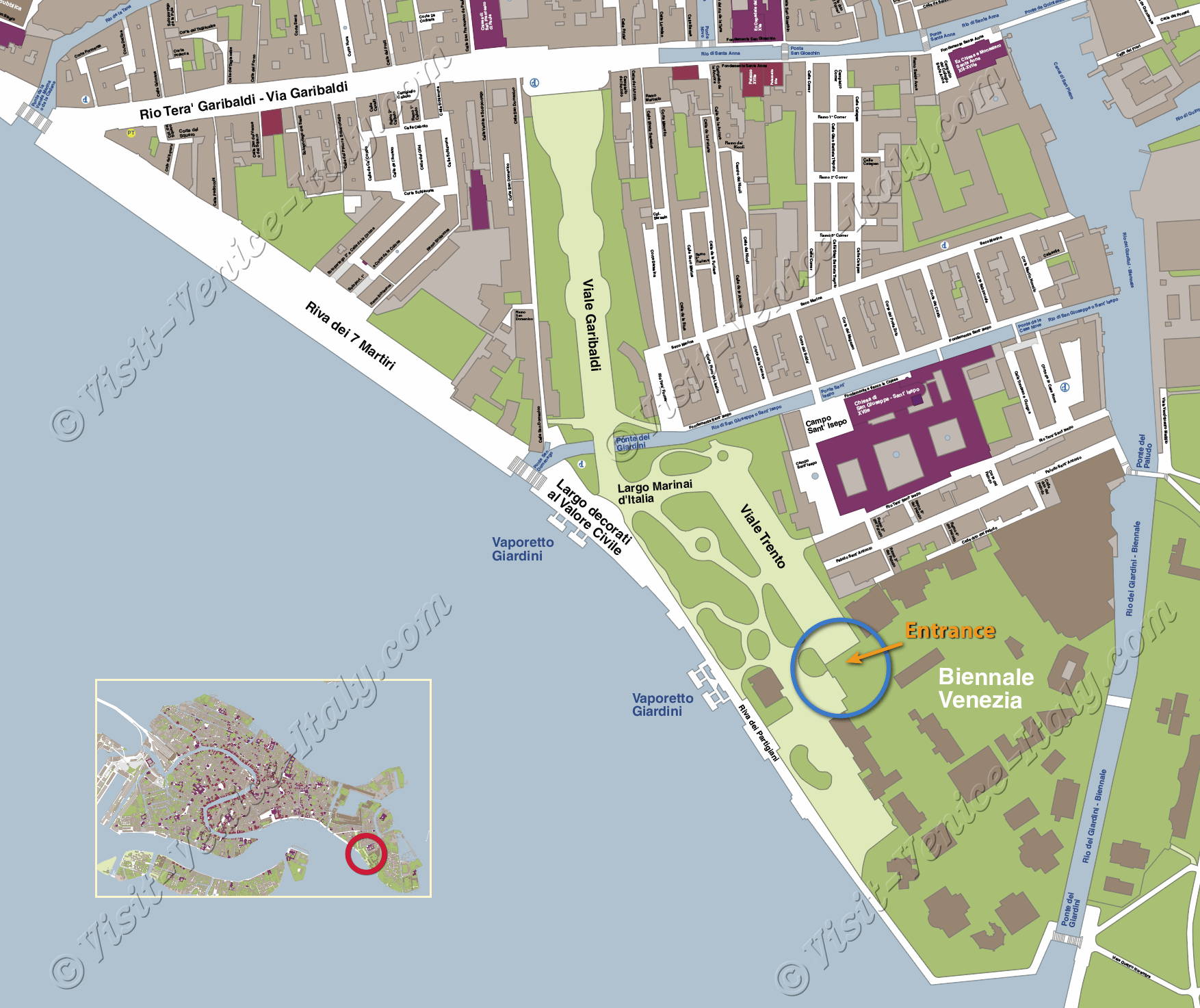 So how do you get to go the Biennale?

The great news is that anyone can go and visit the Biennale, tickets are on general sale from as little as 11 euros for students and 25 euros for adults (although there is an early bird option for tickets at 21.5 euros). This gives you access to the two main locations - Giardini and Arsenale, over two days. It is recommended that you buy your regular tickets online on the website of La Biennale di Venezia. This will save you time on your visit as the queues can be quite long on the busy days. Unfortunately, the plus ticket, the one week pass, and the accreditation can only be bought at the entrance, as they require a copy of your id card or passport.

Once you've decided how much time you will dedicate to each site, you have to choose on which day you want to visit Giardini and Arsenale. Here are some elements which you may want to think about. Monday is usually, with a few exceptions for collateral events in the city, the closing day for all the events of La Biennale. It is, however, open on the first and last Monday (May 13, November 18) and on September 2. Weekends and especially prolonged weekends are much more crowded than weekdays. Many locals and Italians tend to visit the event during these periods. The first week is also very crowded as many journalists stay around after the pre-opening for the press (May 8-10). There are however several performances which only take place during the first week. Hence, you will have to decide whether you want to mingle with the artists, curators and press, or if you prefer to have the exhibitions more to yourself. As with all things art, there are special VIP events where the artists who are showing, and many others that are there to self promote or carry out business will be in attendance. These events are virtually impossible to get into (unless you're very well connected) and I wouldn't hold out any hopes of attending them.

So why not give it a go and see what the Biennale has to offer in 2019?

Clearly it won't be a cheap affair to visit the Venice Biennale, you need hotels, flights, tickets, and depending on how long you're staying it could be the equivalent of a small holiday. However the cultural importance of this show can't be underestimated. It's a phenomenon which has spanned three centuries, and the fact that it's changed, grown, and become this beacon of creativity shows just how important it is not only to the Painters, sculptors, film makers, dancers, installation creators, and the people who make this show happen every year for over 100 years, but for the 500,000 visitors who make the trip every year.

The 2019 edition of the Venice Art Biennale runs from May 11 until November 24. Curator Ralph Rugoff has entitled the exhibition ‘May You Live In Interesting Times‘. 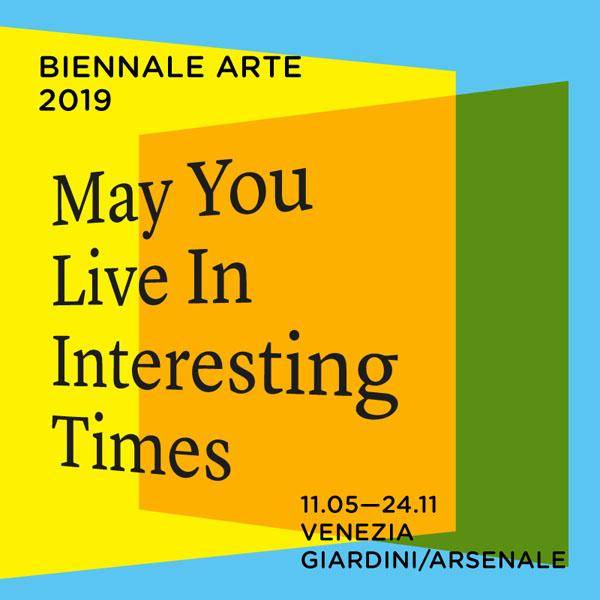